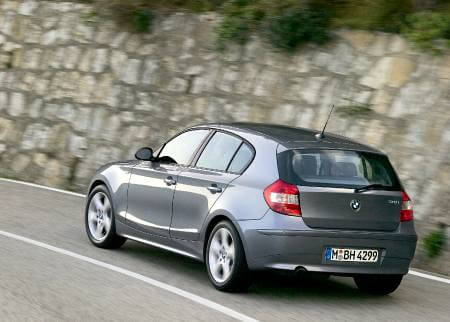 I’ve never owned a car outright, as long time readers might recall from this post. That’s all about to change!

I have decided at the ripe old age of 31, that it’s time to buy my very own car.  It due to some frustrations by the limitations of work’s car – I can only drive it to and from work, and for work.  So it limited the flexibility to do things ‘on the way home’.  And playing and training for water polo is a little tricky! I used to have a team mate live locally, but no longer.  So car pooling is out.

I started with a budget, of course.  Then I knew I wanted some convenient features – being reversing sensors and steerin gcontrols for the radio, and hopefully Bluetooth connectivity for mobile phone calls.  OH, and I realised I forgot to say – I was only going to buy a used car.

Initially I thought about a hatchback.  They are very adaptable to large bootloads of Ikea furniture – I know from all my years sharing a Hyundai Accent.  Dad and I went to, coincidently a home I’d inspected when it was for sale, to inspect a BMW 118i.  It was priced high for what it offered in terms of kms and age.  I offered a fair price, but the sellers were successful in getting their asking price.  I can’t fault them on that!

However, after looking at the profile of many of the possible hatchback options, I didn’t like the profile.  I didn’t love the car I inspected.  I just felt… ho hum.  It’s pathetic, but then, there’s so much choice in the car market, I figured I would be better to buy something I loved!  I’d always liked the rear profile of an Audi A4.

So this past weekend, I planned to inspect a few A4s, and encouraged by my parents, I put in an offer.  There was some back and forth, but I’ve now put down a holding deposit on a silvery blue 2009 Audi A4, which is coincidentally diesel.  The car I drive currently, the Hyundai i30, is a diesel, and I have no issues or concerns with it.  I have paid a holding deposit, and the coming weekend will be an independent inspection.  Part of me is steeling myself for ‘bad’ news, given the car is 110,000km under it’s belt.  But better to know what I’m putting my money into, now and into the future.

I’ll be the first to admit – I’m mildly terrified.  It’s a HUGE lump sum payment.  It’s like buying property.  It’s ultimately easier to damage badly, at least I think so! Although, I keep recalling, it’s JUST a car – I can just as easily sell it if it doesn’t work how I’d hoped.  And if I realise I went too big, or it’s too hard to park, or uses too much petrol, I’ll at least have tried and failed at the car I’ve long admired.  You can only learn through failure.  I much prefer that idea to the idea of always wishing I’d got what I ‘really wanted’

It’s hard to imagine the flexibility and freedom a car will provide me.  At any time, I can go anywhere.  In any weather.  I look forward to having the open road, and suburbs, and choices open in front of me!