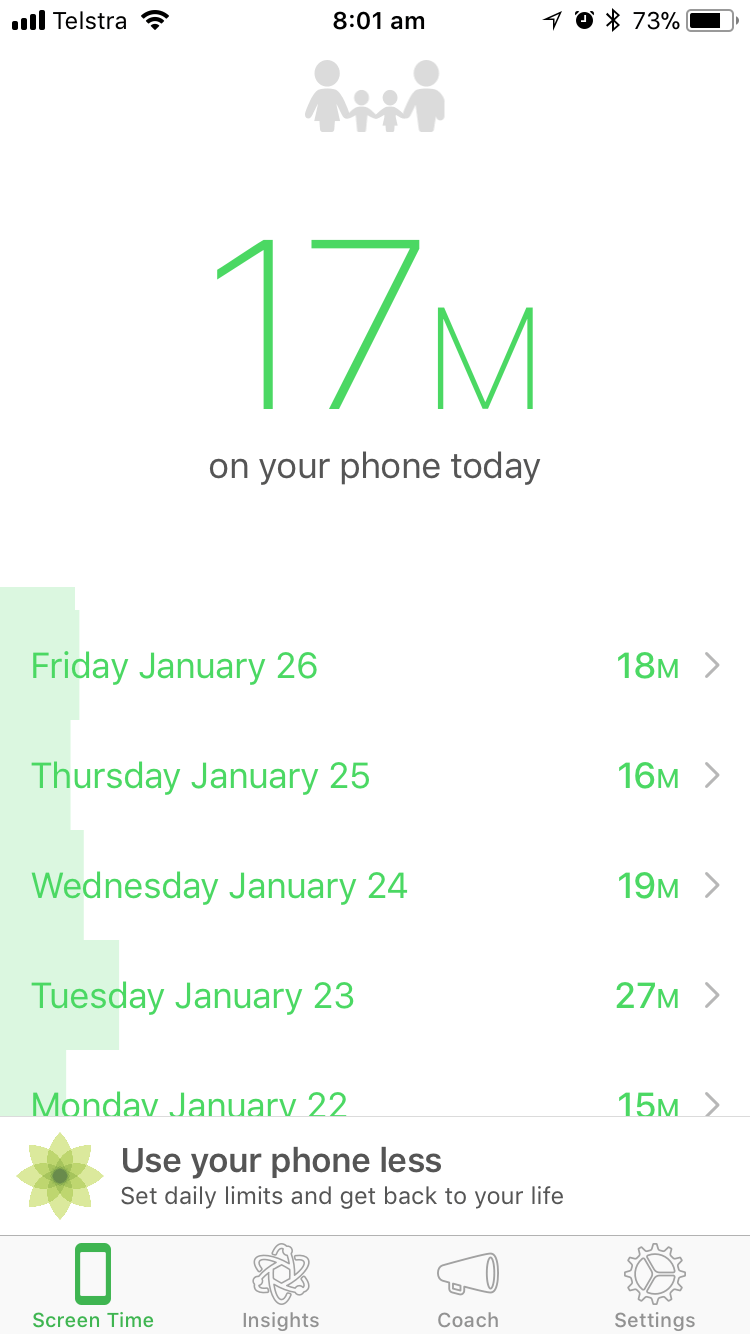 I recently completed a screen free week.  Here were my rules:

YES I DID!  Here’s the image of the app I was using, and how I did. 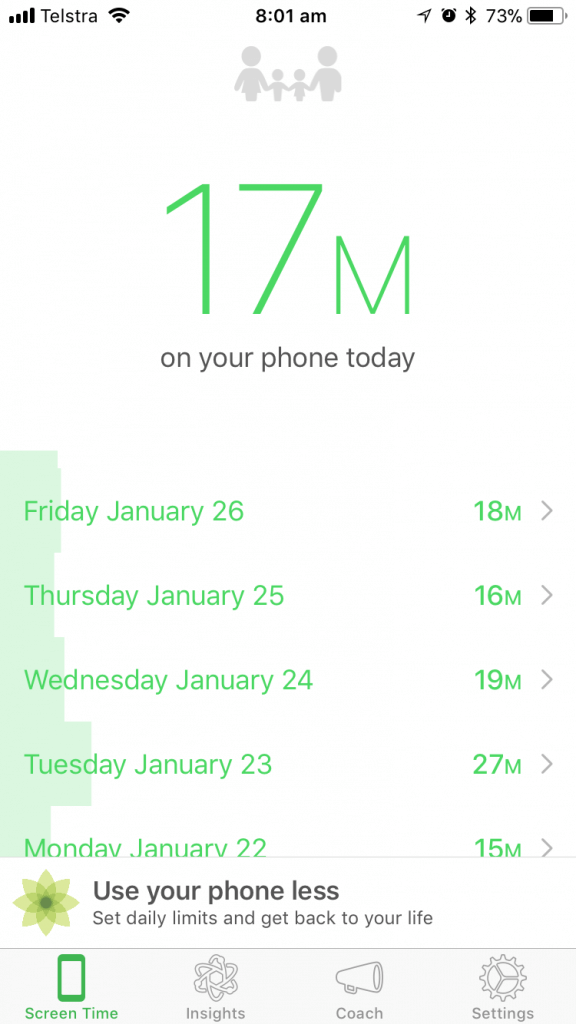 Honestly, it went well.  It resulted in my reading two novels, the Economist magazine cover to cover in one sitting, and a 1000 piece jigsaw puzzle!  Plus lots of socialising that was long and uninterrupted.  There were a few junctures that challenged me: I opened a bank account specifically for the flowers I do for the church. When I had the account details, I wanted to email the people who needed it straight away! Instead, I waited a day til I knew I’d be in the parish office, and then asked the administrator to send it out to who needed it.

Another time, I was to meet someone at Coogee.  Usually, I’d plug this into the GPS.  Instead, as I was told to take my time, I drove to Bondi and then just kept heading along the coast, hoping that after Bronte, somewhere, was Coogee.  It was!  And now I feel I know more, geographically, about the beaches of Sydney!  I did use the GPS to leave much later in the night, and the dark, but only as far as a main road, and then off it went.  I also used GPS to get from one suburb to another – I’m not used to the cross country nature.  The route there was madness, the route home was super sensible and simple.  Face palm!

I really loved my close friend rang me and checked in.  It was super touching.  My parents, oppsy, weren’t warned and had some time sensitive things to sort for them (having just relocated).  In the end, it wasn’t a problem, the item was found with them, but much back and forth!  My brother lives with me, so I was confident that he was an avenue for them if there was a true need to contact me. Instead, I checked in once or twice a day with their communications, replied, and called it done.

Ideally, I hoped the digital silence would leave space for an epiphany about my work and career.  I can’t say it appeared, but on the Saturday following this screen free week, I had two fortune tellings and debriefed with friends, and perhaps that’s helped plant some seeds…

How do you do with screen time?  Do you have limits on yourself? Do you use an app like Moment to track the time you do spend?