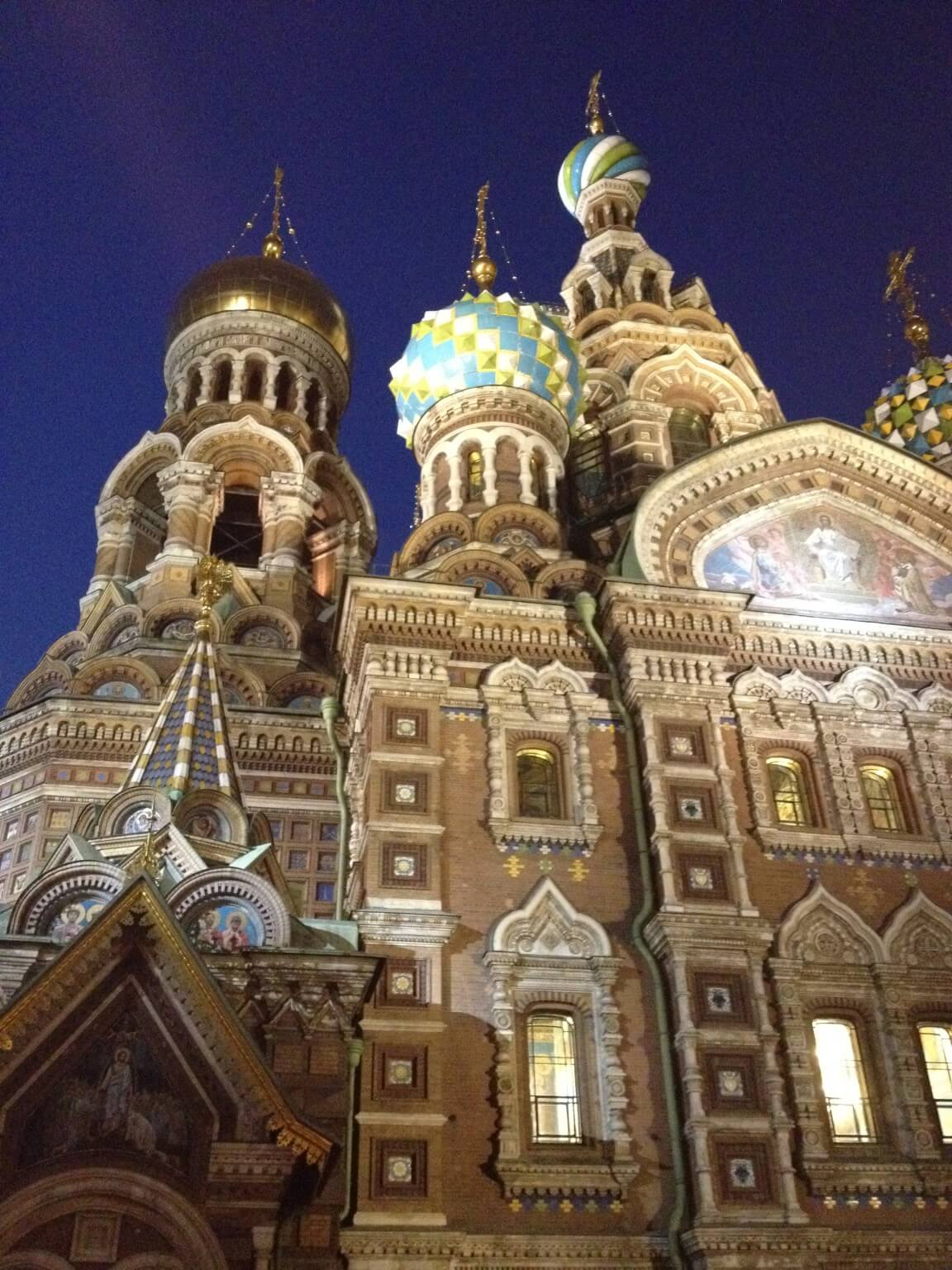 We had a 9am ish breakfast buffet in the hotel – awesome little cheesecakes! Tomorrow Rory plans to try herring. The coffee is tasty too – and we see Cafes every where and vans with coffee machines in the back. So far only seen one Starbucks.
We started the day with a long walk – past the Hermitage with huge lines of tourists, the walked along the Neva to a bridge with very ornate lamp posts, which was a contrast to another more post revolution bridge with sheafs of wheat and stars. The first bridge led us to see an ornate mosque and then a little island which was a tomb for royalty.
It’s hard to feel aware as it seems Russia has had a long history and a lot of stuff in the 1700-1800s which is almost an unfathomable time! We ended up near the admiralty and the bronze horseman statue and took a low boat tour along the NEva and canals. The boat turned just before our hotel so it really feels like we’re quite centrally located. Thankfully our boat didn’t have the continuous Russian we often hear in boats that pass our hotel!
We had another microwave meal for lunch – a comedic point and pick situation! So for dinner I found us an Italian restaurant which seemed rather upmarket for the guy in his colour run t shirt and shorts! Overall Te Russians seems a bit more dressed up than your average American. You see people out walking in high heels and skirts that’d be ok in the office. Actually we saw a ton of weddings and in some cases it seems like all the guests traipse with the bride and groom past monuments for photos. Bridesmaids are less common but large paper medallions were badges on some guests and sashes also seem popular for parents of the couple.
I had an epic nap between about 4-9pm, rest assured Rory didn’t starve (see the photo). I had one! Dad would have called dinner fancy but it was comparable prices to Sydney – I had a octopus dish which was pretty tasty with chickpea purée. Overall restaurants are pretty hard to find – bars seem far more common.
After dinner I took Rory to the spilled blood church which awed me yesterday evening and took another bazillion photos. The dark meant we could see inside the church and it was just as ornate inside.