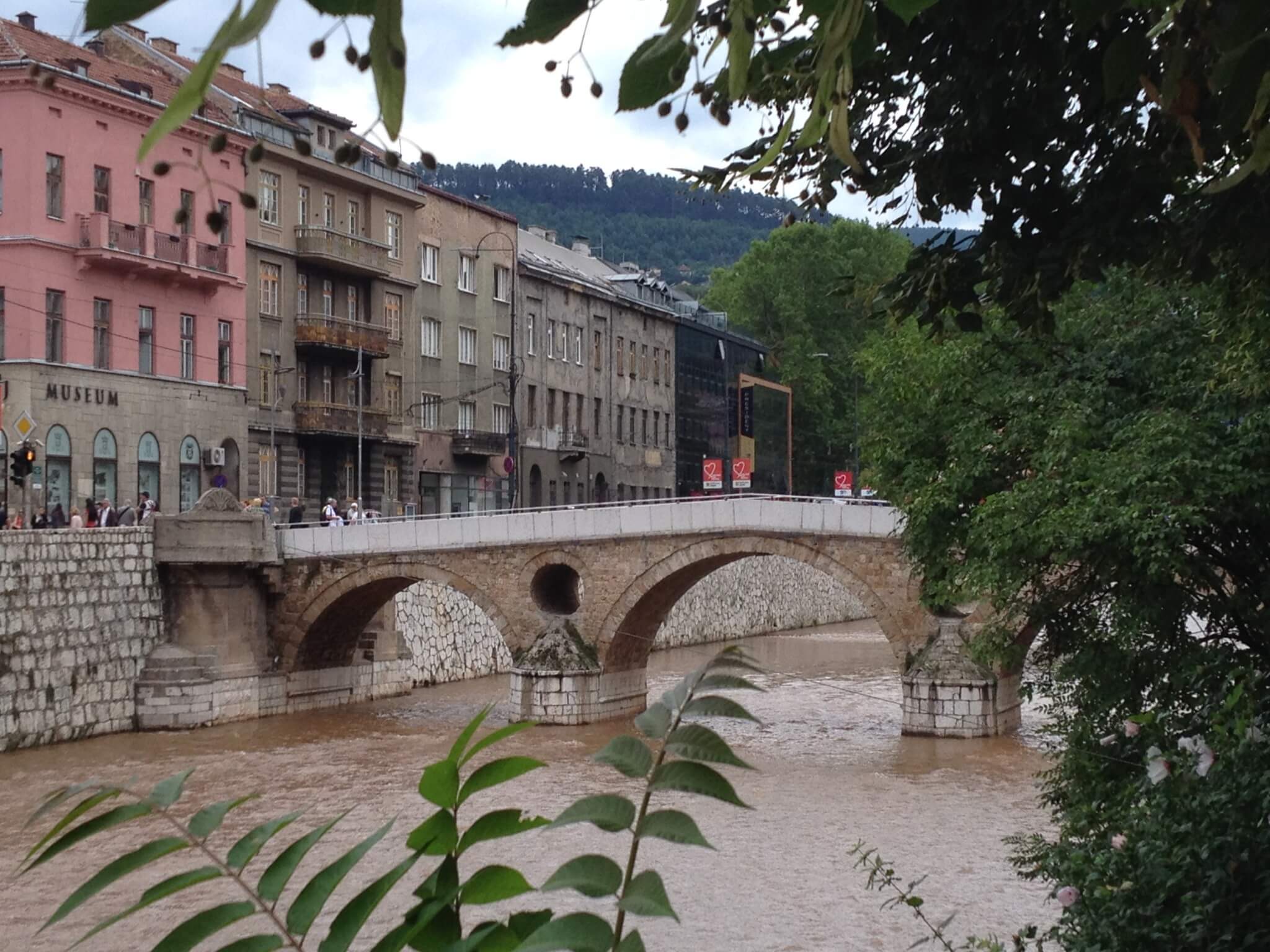 We flew from Istanbul to Sarajevo

Our flights was “interesting”.  There were a lot of children, and they weren’t particularly well disciplined.  I think we heard ‘Please sit down’ close to 100 times on the PA by the flight attendant.  I gather the children were not English speakers, and the flight attendants were not Turkish or Arabic speakers.

The husband of the couple that owned and ran the hostel collected us from the airport – this is not a city of Uber.  There are taxis, but you can’t be sure they will be at the airport for the few flights that arrive.  There are concerns about taxi rorts, but we took a few (and I took a few alone) and found them incredibly well priced!

So, we’ve had our first time zone snaffu. There’s a free daily walking tour at 10:30 and we made it to the location but there was no one. Somehow I considered that my phones time might have been wrong, which Rory confirmed. It was really 9:30, so we went in search of breakfast and found a swanky place with a buffet. All manner of egg based yummy – vanilla slice (uniced), some filo parcel containing chicken and capsicum, other egg thing. Then Rory got a cheesy potato fritter which was deceptively tastier than any version I’d ever attempt!! 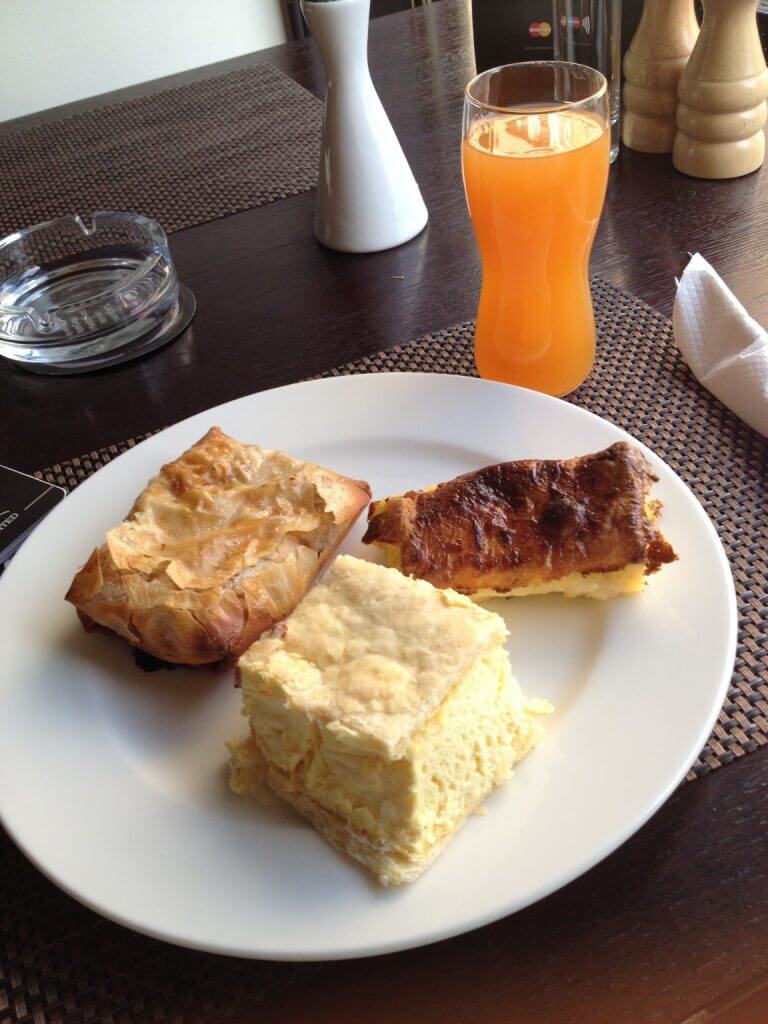 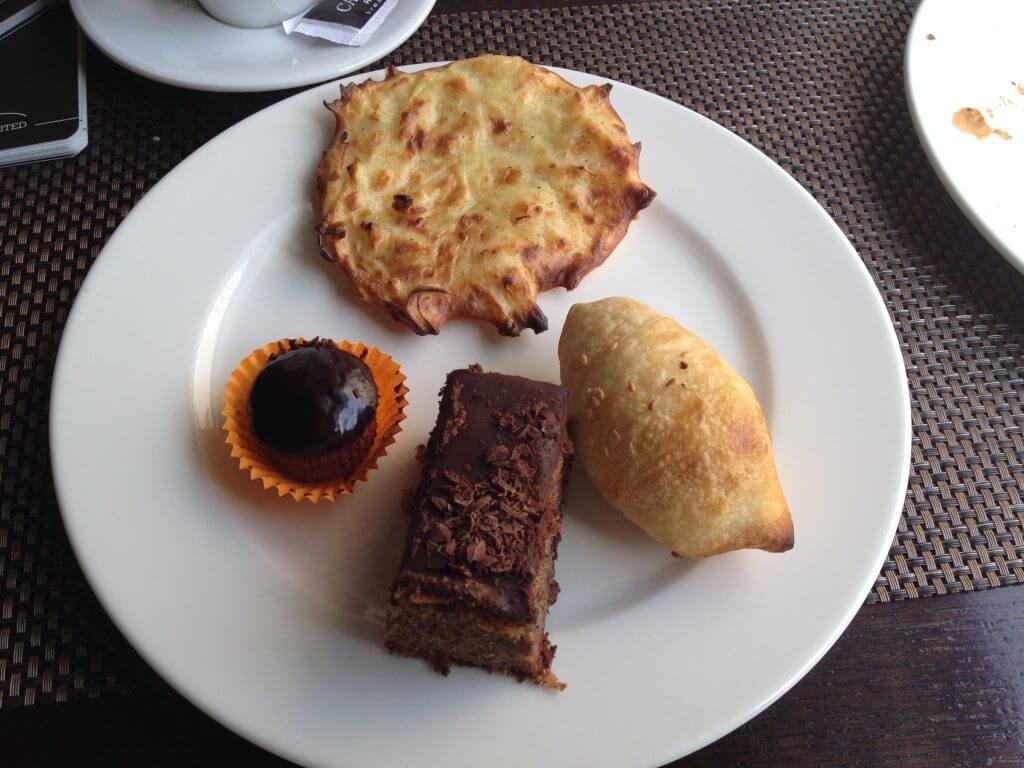 It’s still lovely and fresh here this morning but the rain has cleared. It’s probably about 20C, so a bit cool in shorts but it’s due to warm up. Last night I was pleased to have jeans and a cotton jumper, it was certainly cold enough.
For dinner last night we wandered into the old town. Our hostel has given us a map they’ve designed and their favourite places, however I would suspect it’s angled at the budget conscious backpackers in our hostel. We met some girls when we cooked packet soup for lunch after getting sodden on our walk to the local shops. The two Brits were nice enough. Rory also has a nap later and when I was awake I went back to the kitchen and met more Brits, an Aussie, two québécois. Everyone seems to love and Rave about our hostel. It’s relatively small, perhaps 8 rooms and so I think it means it’s friendly. Sadly we failed to get the TV to work to watch the olympics.
Back to dinner. We picked a place called To Be, and it was also relatively small. We sat at the second table upstairs and there was four people at the other tables, clearly tourists/backpackers. Anyhow, we couldn’t really avoid their conversations and so ended up befriending them. There was an Israeli woman coupled with a Scot, and then the scots friend who works in UAE currently. Those three all seem to know each other, and then they had a Brazilian girl. The poor Brazilian girl stuffed up her hostel booking for the next night in Belgrade whilst at dinner, but as suspected, it all turned out fine. Very laid back culture with bookings etc. tho many report things are “filling up”. The majority of ways out of here is on buses of durations that extend to the whims of the drivers restaurant meals! Only one train per day supposedly. So it means people get all sorts of caught up, having only one proper day here or having to back track. Or spend 8+ hours on a bus! The couple at dinner had been south, and raves about Albania (pretty, friendly, not touristy). They were avoiding Croatia and all reports from hostellers is its full of Aussies! There was also nice things said about the nature of Montegnegro, or was it Macedonia? Seriously. So many little countries!! Anyhow, we ended up continuing on for a drink with the trio. Rory and I had shared a bottle of local red at dinner so after I tried their rakir, which is a coverall term for homemade liquor. Went for pear. Was so so. The other three smoked hooka which is a Israeli teenage pastime. We veered into Arab politics and hijab  wearing rules, and the Israeli had strong opinions!!
Romania is relatively cheap and probably partly popular due to this. The Bosnian marks is equal to half a euro, it’s pegged. It’s a quick conversion but we’ve not yet been in euro countries so for me, it’s a misnomer!! 12BAM = $9au.
We’re about set for our walking tour, Mach 2! There’s probably 15 peoples, with some older than me! Woot!! Strike that estimation – the numbers grew to at least 40! And one guide. Rory and I already knew some of the info from talking to the Brit Holly in the hostel. Nonetheless, it was 2.5hours of seeing and walking around.
The vast majority of Bosnia identify as Bosniaks or Muslim; then orthodox or Catholic and then others (Jews, Jedis etc). To keep the peace there’s three presidents, for a country of four million people. Seems… Interesting. There’s 200 mosques; about 140 prior to Tito and communism. Whilst he didn’t destroy these cultural buildings, none were built in his time. The Ottoman Empire ensured their town planning included three things: a bakery, a well/fountain and a mosque. There’s a number of synagogues but only 600 Jews in Sarajevo now, a number that’s been stable for decades. The Ottoman Empire welcomed Jews after the Spanish Inquisition, as they were highly educated.
There’s a resurgence of religion and largely from the youth, those in their 30s who spent 44months living in basements and suffering the minimal food and education. Education is free here – a 50euro contribution per annum for university. But there’s 60% youth unemployment. You see a lot of informal stalls – selling forages flowers or fruit. Or clothing items. Those who are unemployed get free healthcare.
Like Turkey, Bosnians have a strong coffee, that must sit to let it settle. There’s clear Turkish influences in the old town and the mosques; but then the austo-Hungarian rule shows in the more ornate buildings and pedestrian malls and the like. And of course there is the purely functional and unadorned buildings of the Yugoslavian years. There’s certain fondness for Tito that he held Yugoslavia together. He thought he would never die. Which is perplexingly naive.
The assassination of Franz Ferdinand is seen by many as a cause for celebration as (following the first world war) it achieved its outcomes – to remove the foreign rulers from Bosnia and Yugoslavia. Supposedly their were six assassins on the day, and the two 19 year olds who actually “acted” on the day, due to their age, only got 20 year sentences unlike the other four who got the death penalty. Not to worry as both died after three years in prison. But there’s a certain pride in what the assassination achieved.